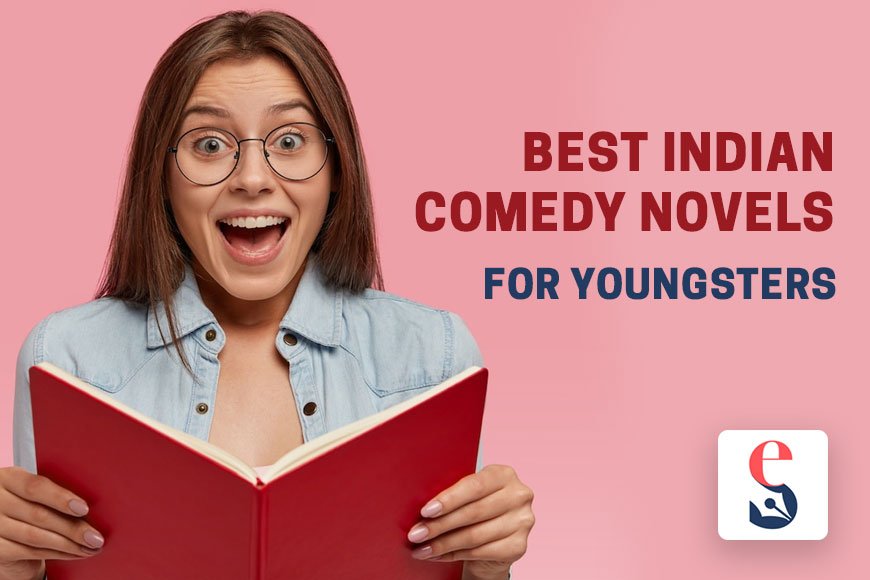 Humour is a challenging genre. It is difficult to write and frequently difficult to comprehend. However, if you do it correctly, you will make the reader laugh through the pages. With well-known works, humour books have gained quite a following worldwide. You’re in for a treat if you enjoy this genre as we have here for you the best comedy novels from our Indian authors.

Below listed are the top six comedies for the young readers of today;

The story’s protagonist is Kevin, a young man marrying the woman he loves. Seems typical? You’ll have to read the story to discover whether it will be just another conventional Indian wedding or the reader will receive many surprises.

Kevin’s younger sister Tina, group of friends all support him. But did he have an easy childhood? How are his relations with his parents or elder brother? Kevin also has a kind of non-traditional career! What does he do? Is he another lame loader or engineer? Grab a copy to know more about this enticing story revolving around Kevin’s life and struggles.

The narrative unfolds sequentially, with most episodes addressed in flashbacks, explaining how they occurred and affected the character’s persona. The values and culture of India are well woven. They are shown organically and without any proselytizing.

For instance, the male protagonist never disparages his older sibling, despite constantly being contrasted to him. The brothers’ relationship is unaffected by any such parallels. Even other aspects of their persona are different. But they are totally in tune with one another. Similarly, the male protagonist doesn’t try to stifle his sister’s expression of emotion. The fundamental family values are displayed in the way the siblings interact and interact with one another.

The friendship we picked as our exclusive relationship is also at the centre of the narrative. Friends are not just someone to rejoice with. They support one another when necessary. Of course, they pull each other’s legs (and not just their own!) It’s priceless when your siblings experience security and comfort around your buddies. The book makes these points either explicitly or indirectly.

Yet, there is a huge part in this book that accepts changes in life, feelings and emotions that the youth face today. It shows how we can be traditional yet modern with Kevin. How we can overcome our failures with our passion and how we can lead an acceptable life in this unique yet changing times.

The 1988 debut of “English, August,” called India’s Catcher in the Rye, is still a hilarious masterpiece today. It centres on the life of Agastya Sen, a young guy whose head is constantly foggy. He is sent to a village in Madhya Pradesh, the country’s most populous state, after obtaining the most searched job in India, the position of an IAS.

Here, he encounters people who aren’t dissimilar from those we interact with daily and learns about the reality of rural and spiritual life in the countryside.

Additionally, the main character’s state of adrift gives rise to several reflections that generate humour and provide a loose commentary on the nation’s social, political, and economic situation at the time. Unlike other contemporary Indian writers, Chatterjee stands out for his straightforward style and intricately nuanced understanding of the concept of “Indianness.”

Serious Men by Manu Joseph is a beautiful piece of writing. Ayyan Mani, a Dalit who resides in shabby parts of Mumbai and works as an apprentice to a famous physicist at the Institute of Theory and Research, is the story’s protagonist. He is highly frustrated by the ingrained societal differences and wants to change the system with a well-thought-out plan to do marvels for his family. You’ll be drawn into the novel by the unexpected developments that take place next. Serious Men is a comic depiction of runaway egos and ambitions and a poignant image of love and its peculiar workings. It is always irreverent and witty.

The Wednesday Soul, the debut book by Sorabh Pant, is an example of superb creativity because it finds humour in the grim concept of death. The hereafter, with sunglasses, as the tagline suggests, establishes a novel framework for the world of the afterlife. And the individuals who live in this chaotic environment will keep you entertained.

The characterization is the ideal fusion of the reader’s familiarity with sharp humour, whether it be the caricatured legendary creatures or some notable persons – fictional and non-fictional, including Marie Curie, Agatha Christie, and Guru Dutt. Additionally, Pant injects each page of the book with his superb sense of comedic timing from the stage.
The main character, Nyra Dubey, a fiery vigilante in Delhi before being hit by a bus, guides us through this adventure. She only wants retribution from the death masters for severing her from her boyfriend back on Earth.

If you’ve ever read Twinkle Khanna’s writings or even heard her speak, you’re probably already familiar with her hilarious ways of promoting feminism and sharp sense of humour. The same is true of this book. She provides readers with an inside look at her current duties as a wife, mother, daughter-in-law, businesswoman, and all-around goddess!

As you might have suspected, the book will have a powerful impact on women. Along with being relatable, she adds vibrancy to Indian women’s daily lives, which is undoubtedly fascinating. All of this is dunked in a humorous sauce that is sweet and sour. Do you need evidence? Read to know.

Here is another exciting book that you might choose for some hearty giggles as we are talking about the experiences of an urban Indian woman. Khyrunnisa A., a well-known author of juvenile books, has assembled Tongue-in-Cheek, a collection of her most fascinating articles. These charming writings, which the author spiced up with personal experiences, have been grouped under headings like “Gastronomical Glitches,” “Wedding Woes,” “Fun in the City,” and so on. She makes fun of the arrogant and selfish metropolitan middle class, as exemplified by their public behaviour, to make people laugh and think.

So, our strong suggestion is – go to the library today and lift your spirits with these witty works of Indian English literary works in the humour section. Give yourselves a read filled with fun, entertainment and laughter! 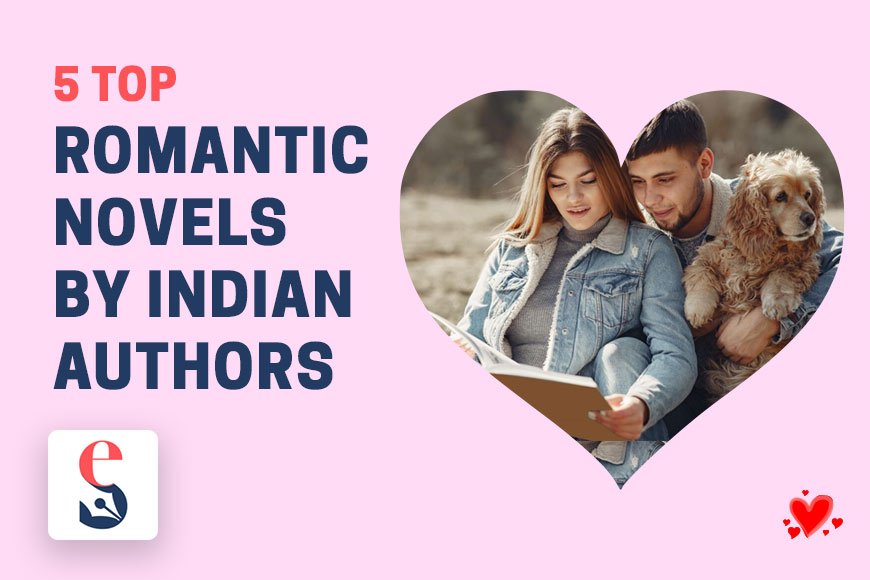 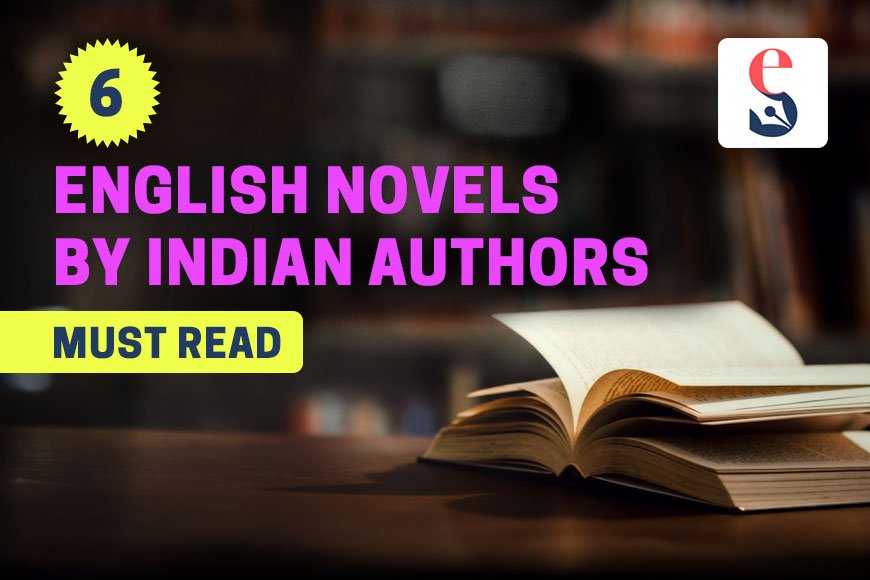 6 English Novels by Indian Authors That You Must Read

Storyteller by heart and head. Explores the intersection of philosophy and psychology, passion and patience, money and mind. View more posts

NEED TO COMPLETE ANY PROJECT?

Do you need to build a project like this or any custom project? Just call us or live chat. We will get back to you soon!

Our Prestigious Premium Clientele Across the Globe

Best for a combo of Sop & Lor, Resume & Cover Letter